The James Beard Foundation held its annual awards ceremony on Monday, May 5th Foundation hands out awards for excellence in cuisine, culinary education, and culinary writing every year. A James Beard award is the highest honor a chef or restaurateur in the United States can receive for their work. The James Beard Awards were originally established in 1990 and are voted on by a panel of more than 600 culinary professionals. This year’s winners are:

The Bar at the NoMad Hotel in New York City

The Restaurant at Meadowood in St. Helena, … Read More » 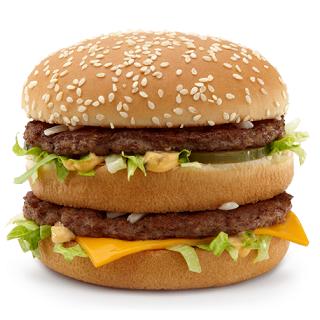 Yes, if you are doing the math in your head that’s more than 1 Big Mac per day, for 30 years. Did we mention he takes a Big Mac break on Sundays?

Dennis Rosenlof has had the same Big Mac routine for 30 years. On Monday and Tuesday he eats one Big Mac and from Wednesday to Saturday he has two.

Rosinlof’s wife of 37 years is actually a registered nurse. While she does encourage him to eat healthier considering that Dennis is six feet tall and weighs 165 pounds with a cholesterol level under 200 she doesn’t give him too much grief about his Big Mac diet.

But doesn’t he get tired of Big macs? “I look forward to going to McDonald’s every single time” said Dennis. 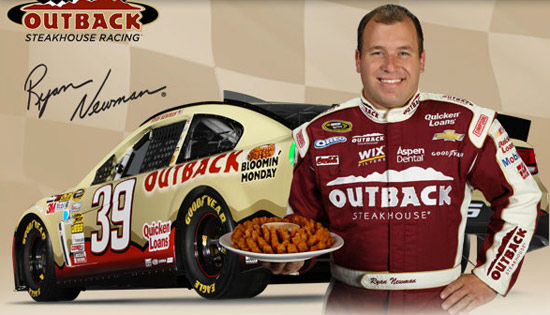 If you are like me and planning on hitting up every retail store out there for the crazy Labor Day sales you are going to want to stop at Outback Steakhouse for lunch or dinner today. For today only, September 2, 2013, Outback Steakhouse is giving away free bloomin’ onion appetizers! Count me in!!

As they announced back in February every time their sponsored NASCAR racer Ryan Newman qualifies in the Top 10, Outback Steakhouse will offer free bloomin’ onions. It just so happens that Ryan Newman came in 5th yesterday at the NASCAR Advocare 500. Thank you Ryan Newman!

So what do you have to do? Go to your local Outback Steakhouse. Mention that you would like to enjoy the Ryan Newman Bloomin’ Onion Appetizer for free. Enjoy the deliciousness that is the bloomin’ onion. While you … Read More » 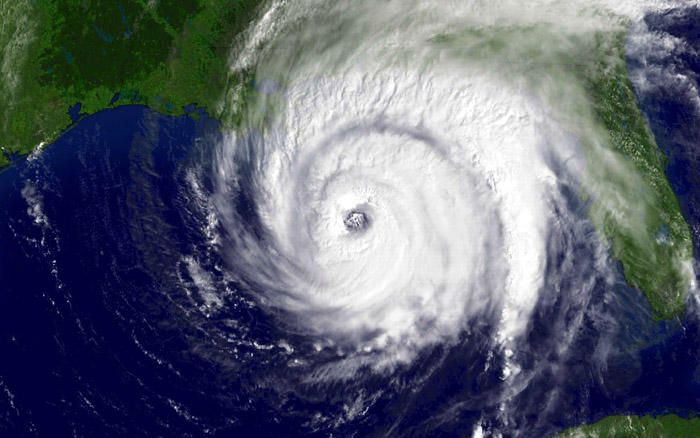 The Federal Emergency Management Agency (F.E.M.A.) will be using a strange system to determine how severe a weather system is.  The Waffle House, which is known for serving up it’s namesake at over 1,500 restaurants across the country, as it turns out is a great gauge for how severe a storm was by measuring it’s aftermath.

Green Light: “If the Waffle House was open and had a full menu, it was green because that meant they hadn’t lost power.”

Yellow Light:  “If [it] was open but had a limited menu, it meant that there were more problems, so they were yellow. ”

Red Light: “And if the store was closed, it was red.”

This index has already been used once this year at a storm in Moore, OK – after a deadly tornado had stuck.  This year is expected to be a pretty intense hurricane … Read More »

Get Ready – These restaurants are offering new items 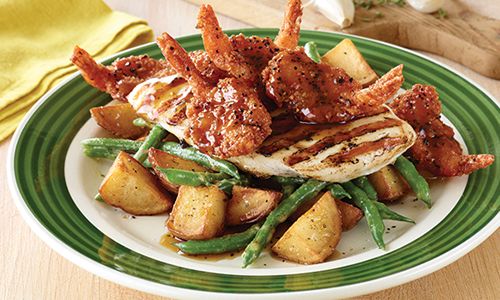 On September 9th McDonald’s will be unveiling Mighty Wings.  McDonald’s tested this latest menu item in Chicago and also in Atlanta.  McDonald’s has confirmed that they will be selling the Mighty Wings in orders of three, five and 10 pieces, starting at $2.99.

On September 1st Burger King will introduce a French Free Burger for $1!  This will be a standard hamburger that will have four french fries on top of the hamburger patty.  Honestly – this is a little exciting.  For anyone who has ever had a Panini’s Sandwich in Cleveland or a Primanti Bros. sandwich in Pittsburgh we already know that adding french fries to a sandwich is awesome.

Many American’s struggle with eating healthy.  It’s not a secret that we’re mostly overweight.  Right now – more than one-in-three adults are obese.  That trend is worse in some parts of the country than in others.  Surprisingly – the worst offenders are just west of the Appalachians and east of the Mississippi river.

If you’re trying to watch how many calories your body is taking in – you might want to consider eating from the Dollar Menu.  Many of us are fooled every day in to eating options from the premium menu that sound healthy.  McDonald’s Premium Chicken Club sandwich has nearly 600 calories in it and over 40% of your daily fat intake.

Most of us hear the word “premium” and assume that these items are made with higher quality ingredients that are healthier for you.  The sad news … Read More » 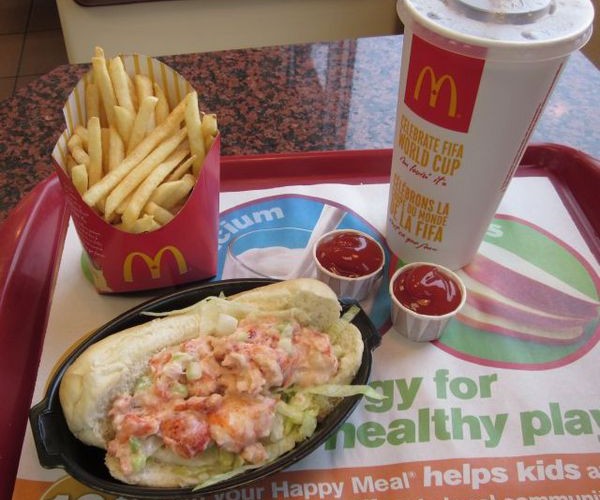 The world of Fast Food is filled with both successes and failures.  We are all familiar with the successes that have become a part of our regular vocabulary.  Big Mac, Whopper, Burrito Supreme… the list really could go on and on.  But, we tend to forget how many failures pave the way for those successes and how difficult it is for large scale restaurant chains to alter or add to their menus at all.

Here at Foodio54 – we wanted to remind you of just a few of those failed attempts that never made the cut at some of the most popular fast food restaurants in America.

McDonald’s has never had much luck trying to add anything to their seafood options.  The McLobster was an attempt to add a menu item for people with dietary restrictions that … Read More » 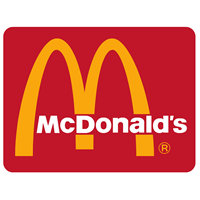 For decades the location of a secret US government site containing nuclear weapons has been hidden several hundred feet below a McDonald’s in Los alamos, New Mexico.

Los Alamos National Laboratory says that the top-secret facility known as the “tunnel vault” has been declassified and is being shown on lab tours for families of laboratory workers and the news media. The tours are part of the lab’s celebration of its 70th anniversary. The facility, which served as the nation’s original post-World War II nuclear stockpile storage area, was built in 1948 and 1949 in a remote canyon at the weapons laboratory’s Technical Area 41 (not to be confused with Nevada’s Area 51). 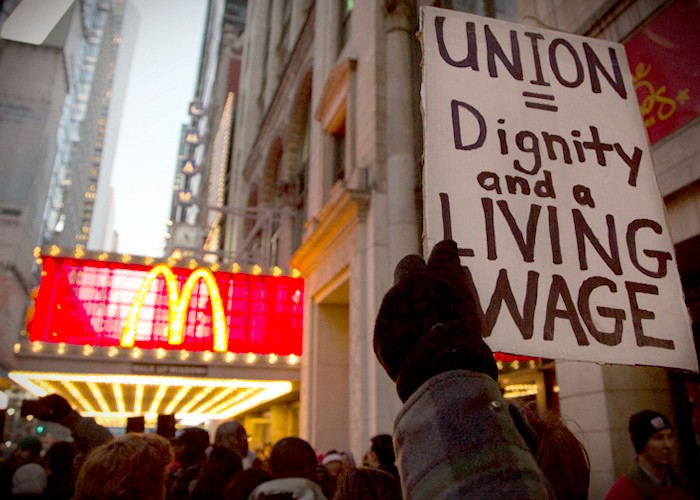 Last month the headlines were abound with articles ridiculing the proposed budget for McDonald’s hourly employees making $7.25 hourly. The budget journal, a result of McDonald’s joining forces with Visa, proposed that its workers have two full-time jobs and pay as little as $20 a month for health insurance and $600 a month for rent. It was unrealistic and laughed at by all.

Now labor organizers are calling upon fast-food workers across the country to go on strike August 29th to pressure restaurant chains to raise the hourly wage from an average of $8.94 to $15. One-day job walkouts are expected to take place in New York City, Washington D.C., St. Louis, Milwaukee, and Detroit.

We analyzed 106,607 restaurant websites to see how they will hold up with Google’s new mobile friendly algorithm. Check out our results on the...

The James Beard Foundation held its annual awards ceremony on Monday, May 5th Foundation hands out awards for excellence in cuisine, culinary education, and...

Yes, if you are doing the math in your head that’s more than 1 Big Mac per day, for 30 years. Did we mention...